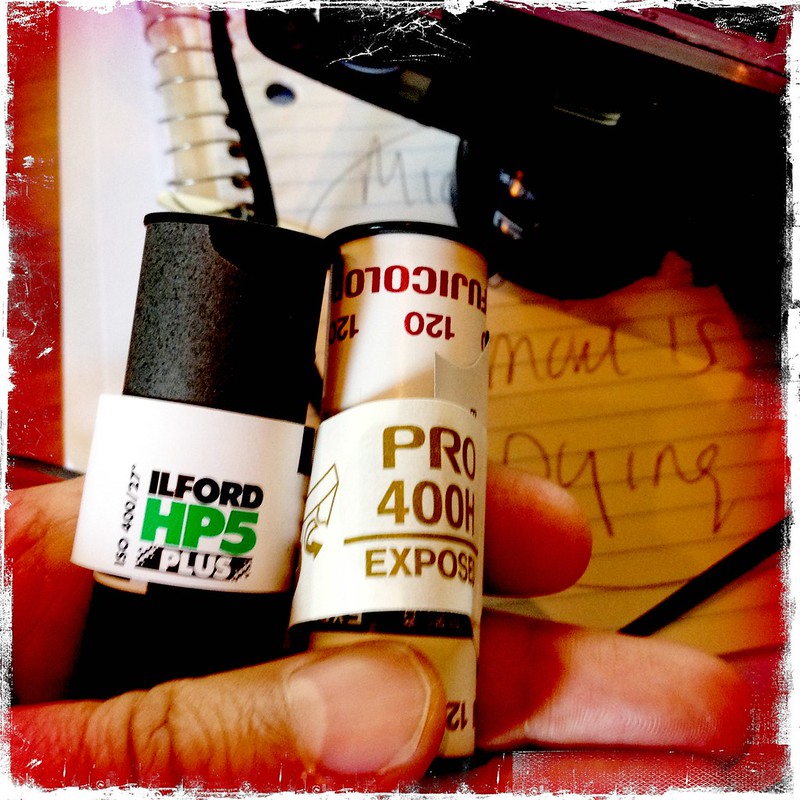 film is not a vegan product. Film is made of gelatin, which, as you may know, is a product of animal bones.

(click here to continue reading How Many Animals Were Harmed in the Making of This Camera Film?.)

As the article points out, the amount of gelatin used in film is tiny, and an easier way to think about it is as recycling already dead animals. In other words, animals are not slaughtered for their gelatin, it is a byproduct of animals dying for other reasons (meat, mostly, but old age, leather, etc.)